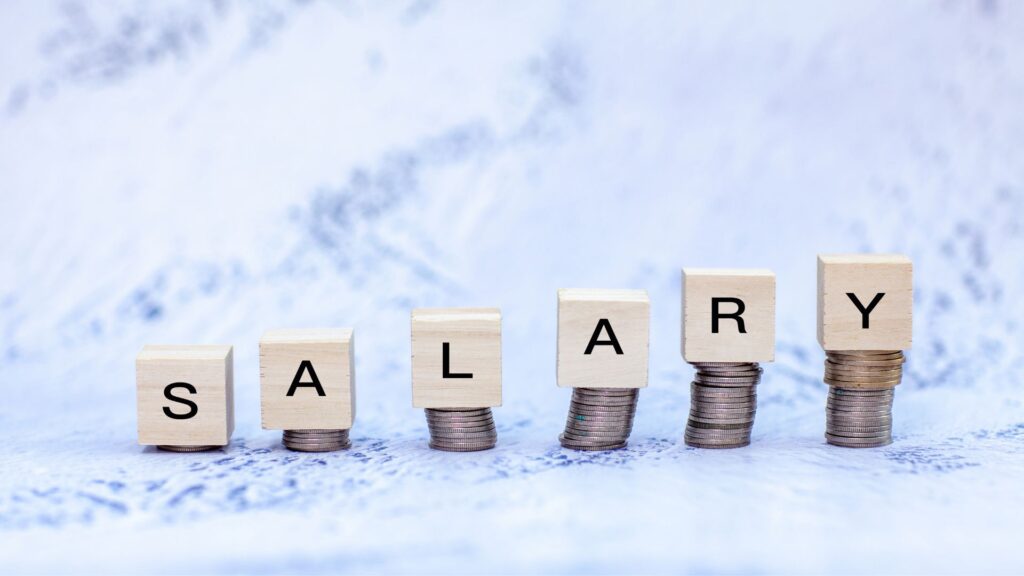 In fact, the last time we saw a spike like this was just before 2007/8’s financial crisis when grad pay increased by 5%.

But how much have they actually risen to?

Well according to the Institute of Student Employers (ISE), graduate pay has grown on average by 7%. However, some employers have increased salaries by as much as 20%.

No drop in the ocean, that.

So why are graduate salaries rising?

Inflation and the rising cost of living are big factors for sure. But it’s also to do with how competitive the market has become.

We’ve talked before about how vacancies are at a record high and how there were “fewer unemployed people than job vacancies,” according to the Office for National Statistics (ONS).

But this is especially true for the graduate job market.

Figures from Adzuna show that in May 2022 there were 14,690 graduate job vacancies advertised in the UK. To put that figure into context, there were 9,265 at the same time last year.

Even more staggering is a recent report by Universities UK which found that almost a million UK graduate jobs remained unfilled at the end of 2020.

Basically, employers have been catching up after a period of mass disruption. And they’re now doing everything they can to plug the gaps with talent; that includes enticing them with more attractive job offers.

“They’re well-paid positions, too – with advertised salaries for graduate roles hitting a six year high and some sectors offering pay cheques up to £70k,” says Lewis.

Yeah, we know what you’re thinking: that’s a lot.

Well, relax and take a breath – because it’s all relative.

According to the Graduate Outcomes report by HESA (Higher Education Statistics Agency), average graduate salaries in the UK are just over £24,000 (as reported by Save the Student).

But this really does vary from role to role.

Digital Marketing Executive – the pay for graduates in this role is now coming in at around £23/24K on average.

Artificial Intelligence Architect (IA) – Glassdoor has the lowest starting salary for an AI Architect in the UK at £31,767 per year.

Business Intelligence Analyst (BI) – the general consensus is that the average graduate salary in the United Kingdom is £25,000 per year.

Data Analyst and Web Developer – entry-level positions start at around £22,500, with the average graduate salary for these roles coming in at around £25,000 per year.

SEO Specialist – starting salaries for SEO specialists are normally around £18,000 for trainees. However, they can be as high as £28,000 if you’re working at an agency.

Copywriter – Glassdoor now has the going rate for a Junior Copywriter coming in at £24,077 per annum.

Digital Account Manager – the starting salary for this role is, on average, around £23/24K.

UI/Web designer – this one seems to vary a little. But Prospects has starting salaries for designers varying from £18,000 to £24,000.

UX Designer – Glassdoor suggests the lowest salary a graduate should expect in this role is around £29,228.

Social Media Executive – entry-level salaries for this role are around £22,500 per year.

Bear in mind, though, this is not an exact science. Instead, a candidate’s individual experience and portfolio should always be considered alongside more traditional benchmarking exercises.

At the end of the day, it’s about making an offer that’s right for you and the candidate. Crucially, one that you can realistically commit to paying them long-term. Because if it isn’t viable post-probation, you’ll likely waste valuable time they could have spent progressing elsewhere. Even worse, this could leave young candidates in the lurch financially when they haven’t got a financial footing to support themselves.

Alarmingly, some digital graduates have actually had their offers rescinded before they even started.

The Financial Times recently reported that Revolut revoked graduate job offers just days before these new employees were due to start; one of many crypto and fintech organisations attempting to protect themselves against the economic recession.

“They say they want to make sure I’m going to be financially secure, which is kind of a joke — one month’s salary is better than nothing, but it’s a joke compared to the rent contract I’ve signed for two years,” said one of the many graduates left hanging.

At the end of the day, if you can’t pay fairly in today’s cost of living crisis or when tomorrow looks so uncertain, don’t hire at all.

But if you can?

Well, it’s a good idea to think outside of the box when it comes to benefits. That’s what the savviest employees are doing to attract the brightest talent.

What other financial incentives are graduates being offered?

We’ve talked before about the upside of a good employee value proposition. Not only does it benefit staff but it’s a good look for your organisation to invest in training, employee mental health and increased flexibility.

But that’s not all.

“Young people entering the jobs market this year will also find more financial incentives available such as sign-on bonuses, interest-free or low-interest loans and salary advance schemes as well as support for transport, accommodation and relocation,” the organisation reports.

Its research also revealed a number of other financial incentives being offered; these included discounts on products, healthcare, grants, charter ships and hardship funds.

One thing’s for certain then: getting anywhere in today’s market means putting your hand in your pocket. And the best talent ain’t cheap.