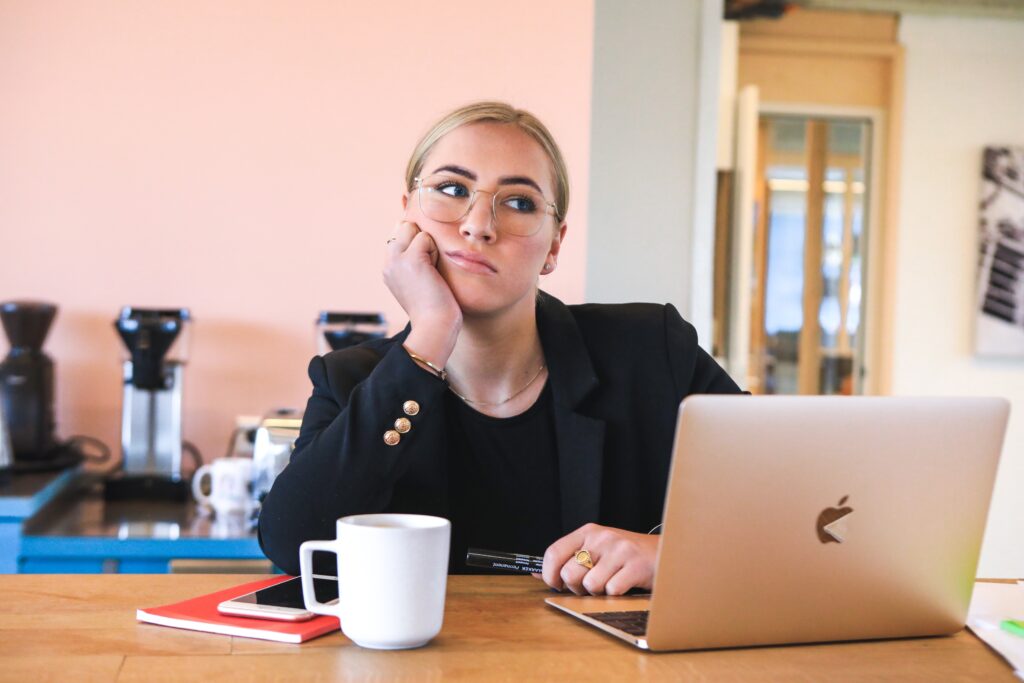 I mean, if you’ve even spent a minute on LinkedIn this summer it’s been hard to avoid.

Yep, everyone from the humble marketing executive to the highest managing director seems to have an opinion on it.

So what’s it all about?

Well, back in July, @zkchillin (now @zaidleppelin) posted a TikTok video around the idea of “quiet quitting” and #workreform. Over 8 million views and 4000+ comments later, it struck a nerve with Gen Z and went viral immediately.

But quiet quitting isn’t a fad.

Nor is it something that employers should be grabbing their pitchforks about, either. In fact, you could argue this movement was a necessary reaction to the pandemic; a tumultuous period that threw work-life balance out the window for many. Particularly, those first entering the workforce: Gen Z.

Many of these individuals were onboarded remotely and have no real perspective of what work-life balance could or, more importantly, should be.

But before we get into all that….

What is quiet quitting?

Essentially, quiet quitting is about rejecting the notion that work has to take over your life. Instead, employees who’ve embraced this idea have decided not to go above and beyond their job descriptions.

But crucially, quiet quitting doesn’t actually involve leaving your job – unlike all the noise around The Great Resignation would have us believe.

Actually, some people think the opposite is true.

“Quiet quitting could be a “great liberation” in response to the great resignation,” argues Nilufar Ahmed for The i. “People are rejecting overwork and burnout and choosing balance and joy. They are establishing boundaries so their identity and self-value is not tied to their work productivity,” he says in ‘Quiet quitting isn’t just a fad – we should all be trying to work less’.

But not everyone’s onboard.

Some critics have been quick to say that quiet quitting is nothing new. And that the concept of “mailing (or phoning) it in” has been around for years.

But perhaps they’re missing the point.

Essentially, quiet quitting means you can still do your job – and do it well. But it doesn’t need to define your every waking minute.

So what does quiet quitting look like in practice?

According to Metro, quiet quitting could entail a variety of things in the workplace:

And if you think about it, these things aren’t unreasonable.

So how did we get to a place where this stuff needs to be called out?

Unreasonable and unrealistic expectations. But not just from employees; we’ve become our own worst enemies too.

Burnout from that hustle culture mentality

That’s if the stats are to be believed, anyway.

Because according to new research by Airtasker, 70% of Gen Z now have a second job. Not only that, more than one in three (34%) said their side hustle takes up 20 hours or more each week.

But for all the budding entrepreneurs out there, there are just as many juggling jobs out of necessity. Airtaskers’ research also revealed that one in five zoomers use the extra money to cover debt and expenses. Unsurprising, really, when 77% of a student loan is swallowed up by the spiralling cost of student accommodation. What’s more, nearly one in seven (14%) use their additional income to save money for a house deposit; a tough enough task for millennials, aka ‘Generation Rent’ – let alone Gen Zers.

“The more you see the world from Gen Z’s perspective, the more you realise how ridiculous it is to expect them to tackle the challenges we left behind by working tirelessly and without complaint for one corporation or another, hoping it’ll all be OK. They’re far too shrewd, too determined, too hopeful for that,” says Sam Parker in ‘I’m gonna have to make my own money’: the rise of the side hustle’ for The Guardian.

And that’s the point.

Millennials, especially, should be able to understand where Gen Z’s coming from. We’ve seen firsthand how fruitless the day-to-day toil can be.

“Millennials were sold a lie. Work hard at school, get a degree, and the rest will come. Gen Z wasn’t even sold the lie,” Luke (31) told us when we interviewed a bunch of millennials and Gen Zers recently.

Think about it, zoomers aren’t “snowflakes” for expecting better; they’ve just seen where this do-or-die mentality has left the generation before them. Stuck in a never-ending cycle of bottomless rent, mounting debt and fruitless overtime – all whilst being chastised over avocados on toast.

Easy to see why some millennials are also zoning out then. But that’s not the only thing these two generations have in common.

A reaction to the blurred lines of remote working

OK, whether you’re into WFH or not, it’s hard to argue that it does blur the lines between work and home life.

And although every generation has been affected by the transition to remote working – parents WFH in the school holidays can vouch for that – research suggests it’s impacted younger workers the most.

A Fortune-SurveyMonkey poll last year showed that 43% of Gen Zers reported a decrease in productivity during remote work – the highest percentage of any generation. And if Gen Z and millennials really are the loneliest generations, it makes sense that this model’s not working for the more isolated employees.

“While remote work can allow us more flexibility, it also can be much more difficult to remove ourselves from being constantly ‘on.’ It makes it harder to unwind, and separate ourselves completely from work—to focus for a solid period of time each day and on the weekends, on our personal lives, hobbies, family and other non-work activities, without work interruption,” Says Kathy Caprino, a leadership coach.

I mean, if you’re living and working alone in a studio or from a bedroom in student dorms – how could it not?

Although she acknowledges work-life balance isn’t exactly a new phenomenon – and definitely not something exclusive to Gen Z – Caprino believes things have only become blurrier as of late: “…the pandemic has exacerbated the stress and overload that many feel about the degree of work they’re doing that are above and beyond what they were hired to do or signed up for,” she says in ‘Quiet Quitting – What Is It And Where Do You Stand On It?’ for Forbes.

Going above and beyond – what’s in it for me?

“I’ve spent most of the past nine years working 70-80 hours a week. I did it because I believed completely in what I was doing,” says Joe (37).

But recently, enough was enough he realised. “I don’t intend to work those kinds of hours again. One of the reasons is having a kid and also wanting to pay back my wife who’s been very understanding of the hours I’ve been doing,” he tells us.

And this idea of “paying back” in one way or another could be the key to quiet quitting. Research suggests that while millennials are more likely to measure financial freedom in terms of disposable income, Gen Z say being in a position to stop full-time work is the ultimate goal.

But if you’re not being properly compensated and living paycheck to paycheck, what’s the point of even trying?

Things are so desperate that, according to a report from the Center for Generational Kinetics (CGK), 61% of Gen Zers would prefer the option of a daily wage packet.

“If you want people to go ‘above and beyond,’ compensate them for it. Give them $200. Pay them for the extra work,” Says Ed Zitron, head of a media consulting business for tech startups. “Show them the direct path from ‘I am going above and beyond’ to ‘I am being rewarded for doing so,” he told NPR in conversation about quiet quitting and setting boundaries at work.

Of course, Gen Zers deserve to be compensated just as fairly as anyone. But quiet quitting is more than a protest against poor pay.

These days, workplace perks can come in all shapes and sizes – from additional learning and development courses to mental health holidays.

Because you might be meeting from afar but you can still ask your employees what they’re after. It doesn’t matter how old you are, nobody phones it in when there’s something worthwhile on the end of the line.