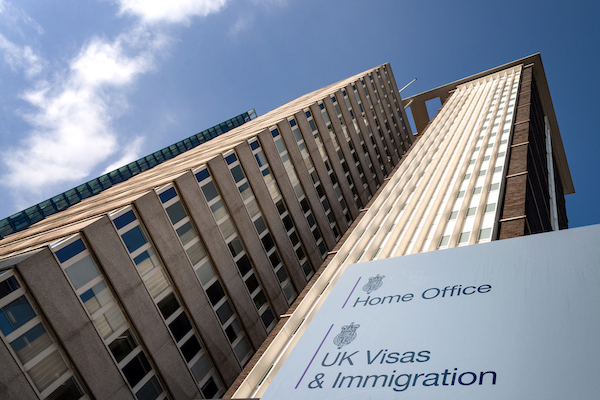 The UK has become more reliant than ever on workers from overseas as it looks outward to fill the acute manpower shortages in its workforce and the UK’s new visa rules support this.

Recent figures show a record number of visas issued to overseas workers and students. Workers are in demand across all sectors and at all skill levels. None more than the UK tech industry. According to Statista, as of March 2022 there were 73,000 vacancies in the information and communication industry.

British reliance on overseas workers is more evident now than ever as businesses struggle to fill vacancies with available native workers. Figures released by the Government recently show that in 2021 almost one million visas were issued to people seeking to come to the UK to work, study and live, the highest number ever recorded.

For businesses who employ migrant workers, changes in the immigration system since Brexit have created a number of additional administrative hurdles, but it’s also been made far easier to hire from anywhere abroad as the bar has been significantly lowered. More on this in the next section.

Now, any organisation employing anyone from anywhere other than the UK must follow the rules of the UK’s points-based immigration system (PBS).

The most common visa route for migrant workers is the Skilled Worker visa, of which 137,507 were issued last year.

Under the terms of the PBS, it is easier than ever for workers to qualify for this route. The salary threshold for such workers has been lowered and now starts at £20,400 and more jobs are classed as ‘skilled’ than under previous immigration regimes.

The resident labour test, which previously decreed that employers had to first seek workers from the UK population before recruiting from overseas, has been scrapped. And perhaps most importantly, the number of Skilled Worker visas is now uncapped. This is good news for applicants and that resulting in only one in 20 applications for a Skilled Worker visa being rejected, according to latest figures.

The rules have also changed for foreign students studying at UK universities who now have the right to stay in Britain for at least two years at the end of their course to look for work, with no restrictions on the kind of work they can seek. This route is the Graduate route visa.

Similarly, the new High Performance Individual visa allows foreign students, who studied at the world’s top 50 universities, to live and work in the UK for two years.

In both instances, after those two years, however, the worker will need to move over to another visa route.

For employed migrant graduates in the tech sector who are coming to the end of the time limit on their study visas, the Skilled Worker visa is an ideal choice and the applicant will be highly likely to be accepted onto this route.

So if you’re a UK employer with overseas graduate employees who are working under the extension provision of their study visa, or you employ graduates on a Graduate Route visa or a HPI visa, or you wish to employ any workers from overseas you must have a Sponsor Licence in order to employ someone with a Skilled Worker visa.

A Sponsor Licence allows UK-based companies to employ skilled workers who are based overseas or who are switching from another visa category, for example from a Tier 4 Student visa or Graduate Route visa. Once approved, a Sponsor Licence is valid for four years with the option for renewal.

To be eligible to apply for a Sponsor Licence, a business must have a lawful trading or operating UK presence. There are several stipulations. For example, you may need supply proof that you have appropriate permission to run your class of business at your trading address.

The Home Office must also be satisfied that you are able to offer genuine employment in a skilled occupation and that you will pay the correct rate of salary, as specified by the Home Office.

As part of your licence application, you are pledging to accept all of the duties associated with being a sponsor licence holder, these include having appropriate monitoring and reporting systems in place.

Employers cannot have unspent criminal convictions for immigration offences or certain other crimes, such as fraud or money laundering and they cannot have had a sponsor licence revoked in the last 12 months.

Although a business can apply for a sponsor licence online, UK Visas and Immigration (UKVI) reviews applications and supporting documents and often visits businesses to ensure they are capable of carrying out the duties required under the terms of the sponsor licence.

Private individuals are not normally eligible to be recognised as sponsors, but an exception applies if the individual is a sole trader who wishes to sponsor someone to work in their business.

Sponsors who do not closely follow regulations could ultimately see their licence revoked and it is always wise to seek advice from a credible lawyer if you’re not sure about something rather than risk losing a licence and putting business plans at risk.

What does a Sponsor License cost?

Another consideration for employers is that businesses also face fees. Applicants themselves are also required to pay an immigration health surcharge of £624 unless they are applying for a Health and Care Worker visa.

Once a sponsor licence is granted, an organisation is then free to issue a Certificate of Sponsorship (CoS) to recruits and graduates, who can then apply for their Skilled Worker visa and switch over onto a more secure route which could eventually lead to settlement and citizenship.

Getting a Sponsor License before you need it may just turn out to be a great thing for you. The bar is far lower to recruit someone from overseas on the new points based system, you no longer have to exhaust UK applicants first, and it opens up the talent pool significantly, especially in a field where there is often a dearth of talent.

Our advice? If you have the spare time to complete the paperwork, it’s a relatively small additional expense to have access to a wider pool of tech talent.