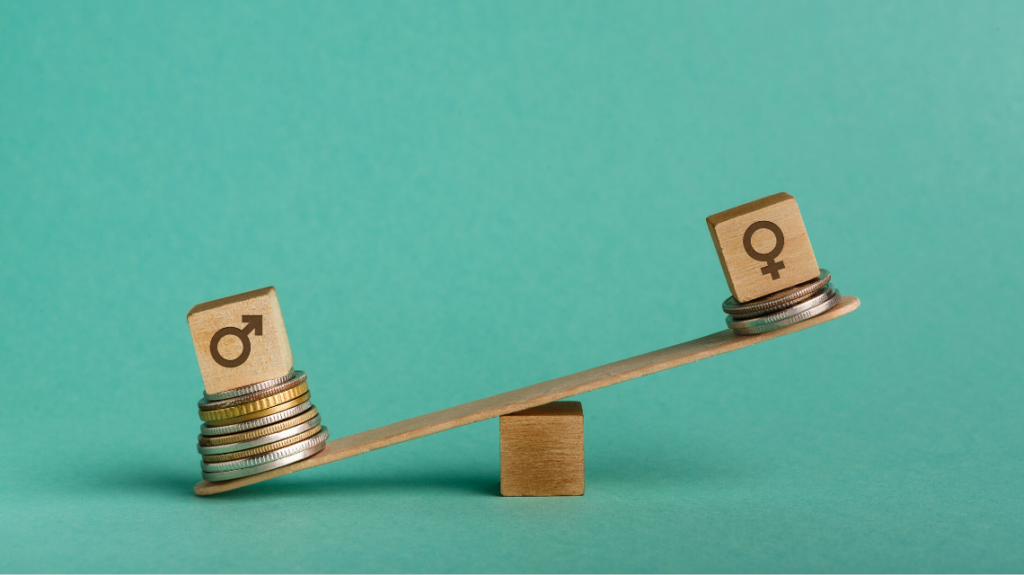 Equal Pay Day 2021: what the gender pay gap means for your company

The gender pay gap isn’t going away by itself. In fact, it has actually worsened over the last year.

Whether you have one employee or 50, being aware of the pay gap is essential for your business’s long-term success.

Fawcett Society announced that Equal Pay Day 2021 will be on 18 November as this marks the day in the year when women stop earning relative to men.

What is the gender pay gap?

The gender pay gap is the measured difference in earnings between men and women.

Of course, pay gaps aren’t limited to gender. There are other pay gaps to consider, like disability and ethnicity. In 2020 ONS reported an ethnicity pay gap of 2.3% between white people and ethnic minorities in general.

Although this is the smallest gap since 2012, looking further into these numbers reveals a different picture. For example, the pay gap between white British people and Bangladeshi people was 15.3%.

And gender still plays a role: the largest recorded pay gap in the UK is between white British men and Caribbean women. They earn a median hourly wage of £9.71 to the white British man’s £13.78.

Why does this matter?

Have you looked into any pay disparity and inequity in your organisation? Even startups need to focus on their employee equality from day one to ensure they don’t run into problems years down the line. After all, hopefully many of your current employees will become trusted managers years down the line.

Why has it worsened?

The gender pay gap has increased by 1.3% over the last year. How could this have happened?

Some experts are unsurprisingly pointing the finger at Covid-19 because furlough muddies the waters. In most regions more women were furloughed than men, so they would have been earning a fraction of their usual salary. At the end of July 2020, there were 2.26 million women furloughed but only 2.15 million men.

Fewer employers took part in the Annual Survey of Hours and Earnings for ONS in recent years: the sample size was around 25% smaller than usual, so the results are also less certain in general.

How to ensure pay equality in your organisation

There are a few things that every small business owner can do to ensure that the gender pay gap doesn’t become a major problem in their company.

Talking about money is uncomfortable for lots of us, but keeping our salaries a secret does us no favours!

Some employers discourage their employees from sharing their salaries because it can cause conflict, but encouraging open conversations about salary is a good thing. It keeps you accountable as an employer and empowers your employees to ask for the money they deserve.

Do you include salary bands on your job descriptions? Some employers are vehemently against it, claiming that it can cause conflict with their current employees if they find out a newcomer would be offered a higher wage.

But this is another chance to show transparency and open up the conversation among your team.

When 46% of men negotiate job offers but only 34% of women do the same, it’s safe to say that these negotiations are partly to blame for the pay gap. Even though negotiations are initiated by candidates, there are things that you can do to encourage people to be brave enough to negotiate and in turn, lessen the gender pay gap.

We encourage you to advertise your salary band like this:

Research from Women Don’t Ask found that men are four times more likely to ask for a raise than women and when they do, they ask for 30% more money than women. So waiting around for your employees to ask for a pay rise isn’t enough – you need to be proactive when it comes to salary increases.

We recommend reviewing your employee’s pay and benefits every 6 months to ensure that everyone is being paid what they deserve. This will not only help you mitigate any salary gaps but also retain your staff!

While we’re talking about pay equality it’s important to remember that your hiring should be fair too. We encourage all of our employers to hire for skills over things like company culture and personality because these factors often lead to homogeneous teams.

Ideally your team will be representative of your client and the society you live in. There is no point in focusing on equality in your salaries if your hiring isn’t focused on the same goal!