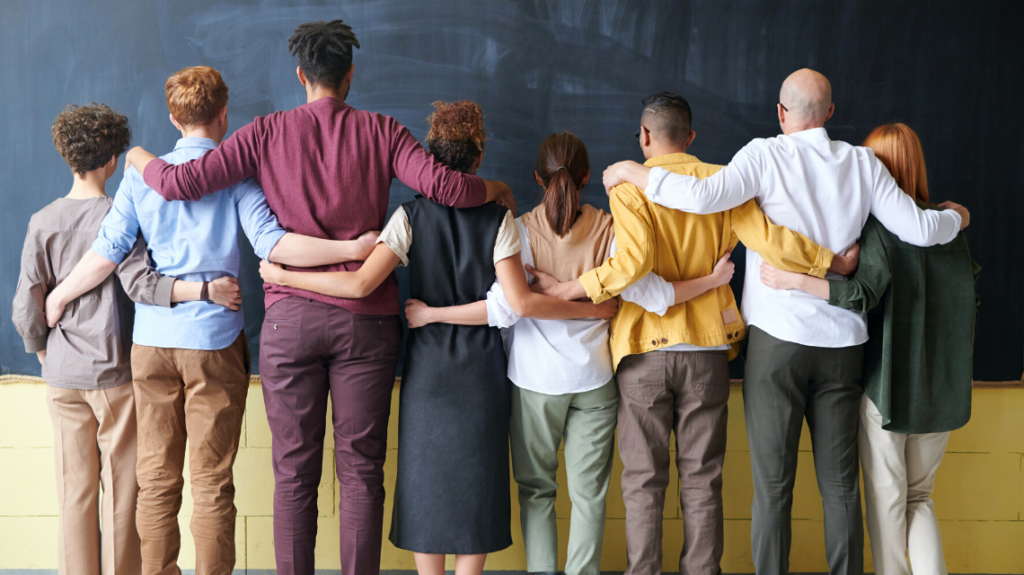 Unconscious bias training has been hailed as the solution to inequalities in the workplace and beyond. And in response to social justice movements over recent years, its’ popularity has exploded. In the US alone it’s an $8 billion industry!

You’ve probably encountered it already- whether it was in your induction training, or even as a kid in PSHE lessons. But over the past year critics have argued that it doesn’t do that much.

What is unconscious bias training?

Unconscious bias is a type of prejudice that people don’t know they have. In the workplace, you might see it in teams that lack diversity or through microaggressions, which are small ways that discrimination can show itself.

Unconscious bias training is designed to make people aware of their biases. It often focuses on a certain group that faces discrimination. So one session might be geared around addressing gender inequality, while another focuses on tackling racism.

Once you’ve become aware of your prejudice, you’ll be taught how to act on it and prevent this bias from growing or affecting your treatment of others. Or that’s the goal!

Why do companies do unconscious bias training?

Critics would say that unconscious bias training is a ‘tick box’ exercise – designed to give the impression that an organisation is tackling the issues when they’re not.

But I like to believe that most companies commit to the training in a sincere effort to create a harmonious workplace.

Some companies introduce unconscious bias training after realising that their employee base doesn’t match their audience. We’re more likely to hire people who look like us for ‘culture fit’. So many companies end up with the majority of their employees coming from similar backgrounds. The training can be used to help solve these issues and create a more diverse team.

The overall goal is to spot a weakness within the company and figure out ways to address this weakness.

Unconscious bias training can sometimes sound too good to be true – A 90-minute workshop to combat inequality? Sign me up!

And there’s a large number of people who don’t like the training. This might all be part of an “anti-woke” backlash, but there are some worthwhile critiques of unconscious bias training. Even the UK government scrapped it in their departments!

Here are some tips to help you create the best unconscious bias training and ensure you’re making a difference at your company.

How can you improve unconscious bias training?

One of the biggest problems with unconscious bias training is that it’s really hard to see if it even works. This is something that both those who back and those who attack the training agree on.

People might make more of an effort to be inclusive a day or two after the training, but studies have shown that this only lasts for up to 8 weeks!

One simple solution for this is to attach some goals and intended outcomes to your training.

In 2018, game developer King decided that by 2020, they wanted to end gender inequality. So they ran bias training and invested in initiatives to introduce more women and non-binary folk into the world of game development.

While it’s much harder for smaller businesses to invest in the same way, you can still think of some outcomes you’d like to see. For example, you could set a target like: you want 30% more women in the top roles at your company in 2 years’ time, or use your skills to partner with a charity that addresses inequality in your industry within the next 6 months.

By picking a measurement of success, you’ll start to see the impact of your training. This will also help you to create tangible strategies to tackle inequality so you can achieve your goals.

One of the clearest ways unconscious bias comes into play is in the hiring process. For example, study after study has shown that CVs with “foreign”-sounding names are less likely to make it to the shortlist than identical CVs with British-sounding names.

While unconscious bias training might help in this regard, changing your hiring process altogether is likely to give you better results.

One way you could do this is by running a task-first blind-hiring process, like we do at DigitalGrads. We set the candidates a short task related to the job and remove markers of identity.

While this won’t completely stop inequality in the workplace, it’s a great first step. And it reduces unconscious bias at a key point in business development.

Don’t bundle unconscious bias training in with everything else

Unconscious bias training is really important. But one problem employers make is only addressing it during the onboarding process.

It’s important to set a clear message to your new hires that discrimination isn’t tolerated on their first day. But unconscious bias training shouldn’t be a one time fix that happens right at the beginning of someone’s new job.

This won’t give your new hire enough time to process or retain the important information discussed in the training.

As well as addressing bias training in the onboarding, continue to hold workshops during the rest of your employees’ time at your company. By dedicating a good amount of time to the training, you can really focus on what needs to be changed and make sure the important information is going to be retained.

It’s important you choose the right instructor to lead your training. As with any multi-billion dollar industry, unconscious bias training is filled with uncertified scammers that you need to watch out for.

The first thing to do when picking your programme is to research your instructor’s qualifications and experience. An unqualified instructor could give your team the wrong information or even worsen the problems at your workplace! So make sure to do your research in advance.

The best sort of training is a live session with an instructor because it’s personalised for your team. While pre-recorded sessions can be useful, having an instructor available is really helpful for clarifying things and getting an individualised session.

Even if your instructor is doing a live session, make sure they go beyond basic materials. Lecture-style sessions might be good for understanding unconscious bias but won’t help you to really tackle prejudice. Try to see some of the resources and a plan for the session beforehand to make sure your instructor goes beyond a PowerPoint presentation and engages your colleagues with a recognised technique.

You should also consider finding someone with a speciality in addressing a specific bias. Research has shown that a one-size-fits-all approach to diversity training is the least effective. And it won’t help you to move any closer towards your intended outcomes.

Choosing the right instructor will be vital to ensuring the success of your training – so don’t skip out on this step!

Empower your own voices

An important part of addressing bias within your company is by amplifying the voices already working with you.

These people have the inside track on the improvements that need to be made. If you make a concerted effort to empower them and listen to their experiences, you’ll get a great insight into where your company needs improvement. And your colleagues will probably feel more comfortable coming forward to report discrimination in the future.

Amplifying and empowering the diverse voices at your company is a really important step to addressing bias and ensuring the longer-term impacts of your training.

Should you keep unconscious bias training?

Unconscious bias training isn’t a silver bullet that fixes inequality in the workplace – but it’s an important start.

It would be even better if you could create an all-around strategy for combatting inequality – but unconscious bias training is a great first step.

Diversity and bias training can raise some really sensitive issues. So whatever way you go about it, make sure your colleagues know who they can speak to for support. You want your workplace to be a safe space for everyone, so ensure your priority throughout training is to provide care for all your employees.

If you want to do bias and diversity training right, it will take some more effort. But I think it will be worth it in the end.

If you’d like any more help with hiring or setting up a blind-hiring process, we have many resources to help you on your way.