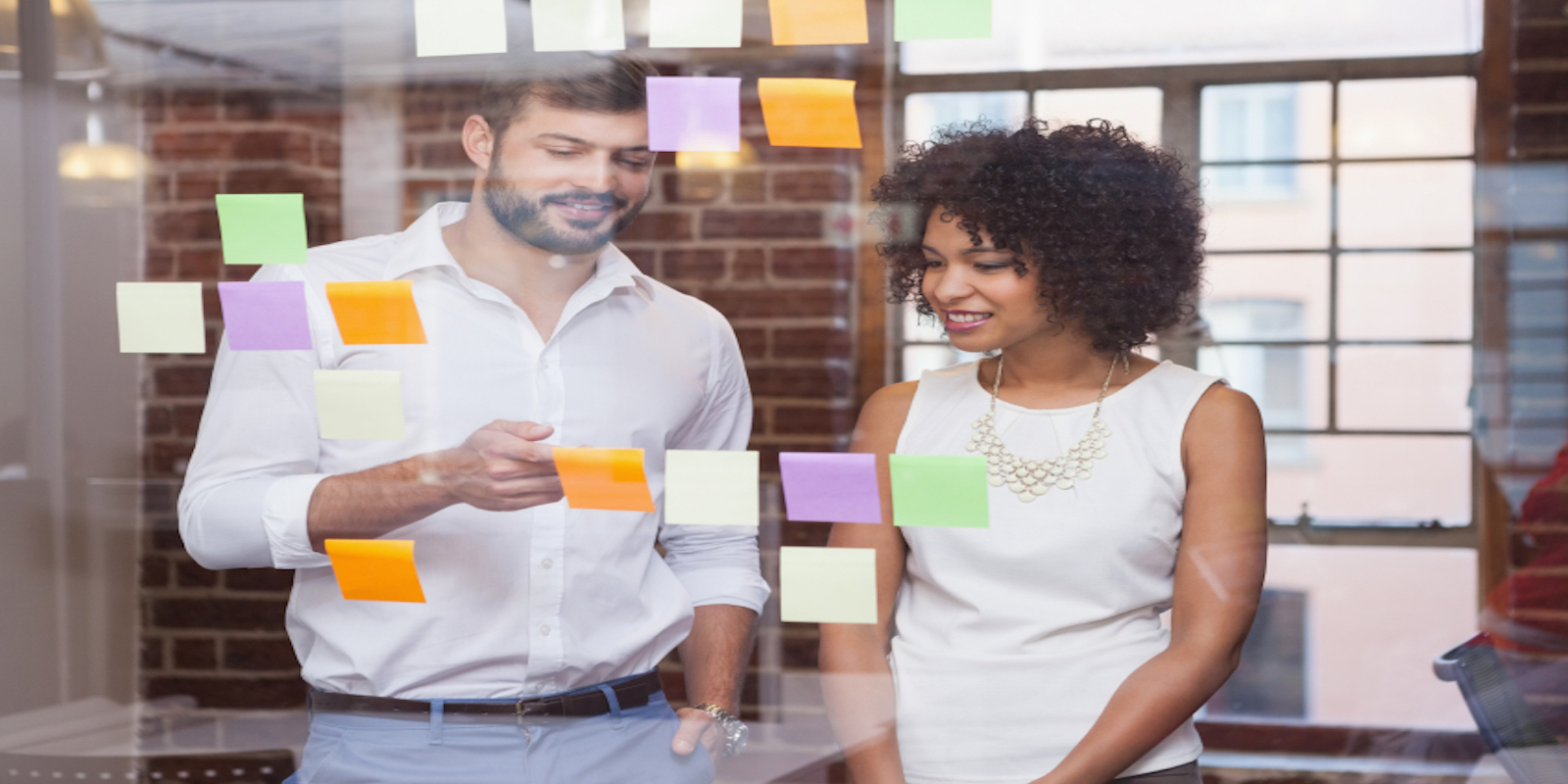 Diversity in marketing has become increasingly important within our modern society. Diversity is now the default, not the exception to the rule. Writing this from our office in Brighton, I can look out of the window and see a hugely diverse population - here eccentricity and vibrancy is celebrated.

Gone are the days of white middle class men calling the shots in MadMen-esque advertising agencies. The new mainstream is multicultural, multi-gender and multi-everything-goes, so the question is what are marketers and those in charge doing to reach these culturally rich new populations?

The importance of building a diverse marketing team

Diversity in your marketing team can bring new perspectives, an understanding of different communities and new ideas to the table. And it’s this understanding and empathy that can lead to increased revenue and brand loyalty for businesses.

I’m sure you are all familiar with the recent H&M shaming over their ad depicting a black child wearing a jumper saying “Coolest Monkey In The Jungle”. 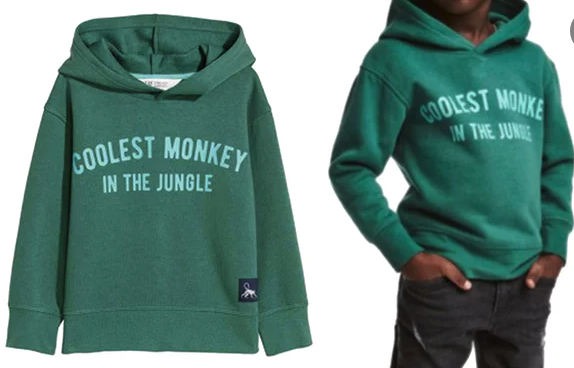 I’m not going to talk about the rights and wrongs of the ad, you’ll find plenty of that elsewhere, but I wonder whether there was a black person working on this campaign or not. Would a more ethnically diverse team have spotted the cultural insensitivity? I’m betting the answer is yes.

Clever marketing managers are now seeing the importance of employing a diverse workforce and are actively looking for employees from minority groups to represent and help grow their business.

Due to the saturation of social media within our culture, marketing campaigns now often come under public scrutiny. Things that would have slipped through the cracks pre-social media can now make it as front page news. Some brands are applauded for their use of diversity, while others experience social media backlash due to the lack of. Even trying too hard to do the right thing can mean some unwanted attention over social media.

And it’s this constant spotlight that means that marketing professionals must think about diversity. In their teams, in their activity and in their messages.

What works for one group won’t work for another.

Let’s look at the current cultural zeitgeist of Britain...

Although Millennials and Gen Z are potentially the most accessible generation in the way that they consume content, marketing to them can be a challenge.

In a world where we must tread carefully not to offend, marketers can no longer rely on worn out stereotypes devised by the white middle classes that typically target a caucasian, christian, straight audience. Marketing teams must follow new rules, paying closer attention to gender, ethnicity, economic background and being careful not to ignore the LGBT community. Failing to do this, as we saw earlier with H&M, can put a halt to an ad campaign that may have cost thousands, but more importantly can cause immeasurable reputational damage to a brand and upset loyal customers.

Representing the diversity of the market we serve is therefore not only a matter of social responsibility but also of business performance and ROI.

It’s important to recognise that customers from diverse cultures have different values, experiences, and ways of interacting online. We all have unconscious biases and draw from our own experiences as our default so it may be hard for marketers to spot (as with the H&M example) when marketing isn’t inclusive.

The HR team or founder of the business can also monitor hiring, promotions and attrition rates of staff from black, Asian and minority ethnic backgrounds as well as staff with disabilities and rates for age and gender.

Celebration of increasing ethnic and cultural diversity in the UK represents an opportunity to marketers. For businesses, new consumer segments can provide fresh opportunities for sales and growth.

The problem is that some long-in-the-tooth marketers can often be unaware of whether or how their own behaviour needs to change to meet the challenges of ethnic diversity.

A way to ensure you are not excluding this group is to include ethnic minorities in your strategy focus groups, and consider adjusting your messages to effectively engage different audiences. The ‘one-size fits all’ approach to communications and marketing is no longer suitable for brands to effectively build awareness and trust with their consumers.

I am going to talk about gender in terms of men and women. Gender fluidity is of course an important topic in the modern world, but it is a small piece of the marketing pie, and I will touch on it later.

Traditionally, marketing teams have been more male than female, and this has been particularly pronounced at the senior level. The implications here are obvious. Not only do women represent 50% of the general population, their purchasing power is usually much greater. Women are the primary decision makers for consumer goods in over 80% of households.

And whilst many male marketing managers have been successful in predicting what women want, they will never be as reliable as a woman on the subject. And it’s not only hard intel on the fairer sex’s needs that women bring to the table. Simply put (and massively over-generalising), women have a mindset and outlook that compliments that of men, and without their inclusion in marketing teams, companies are really missing a trick.

A positive example of women-led marketing is the Bodyform ad campaign. Last year, Bodyform were the first feminine care company to actually use the colour red to represent blood in their ads. Before it had always been blue.

The ad follows findings unveiled in Bodyform’s “Period Taboo” survey, which revealed that one in five women had suffered knocks to their confidence as a result of periods not being discussed openly with them. The campaign tackled the lack of realistic representation of periods in mainstream culture and Bodyform hope that their ad will disable  some of the stigma attached to menstruation.

As marketers, it’s important to think critically about taboo’s and stereotypes and when appropriate not be afraid to tackle important issues head-on.

LGBT marketing is the act of marketing to LGBT (lesbian, gay, bisexual, transgender) customers. The exact number of gay and lesbian people in a given market generally is hard to pinpoint. So often, they can be ignored by marketers because of the lack of consumer data, or because of fear of getting it wrong.

Back in 2013, the American Marketing Association reported that 3.5% of adults in the United States identified as lesbian, gay, or bisexual and 0.3% of adults as transgender. At that time, the LGBT consumer market was estimated to have an overall buying power of more than $835 billion.

An example of a big corporation angling their marketing to reach the LGBT community is Coca Cola’s 2017 ad “taste the feeling” in which a straight woman and a gay man fight over the attention of the pool boy both wanting to offer him a ice cold drink of Cola!

This multi-billion dollar LGBT buying power cannot be ignored by marketers. The importance of needing diversity in teams here is to highlight that exclusion of this minority group is to neglect a HUGE part of the market.

Having a mix of ages within marketing teams is a plus as different ages will always offer very different perspectives on important issues. For example, it’s conceivable that older people may have first-hand experience of an issue so have a more fixed opinion, where young people are less hampered by experience and can be more free to think creatively. The two perspectives together may mean that a campaign is uniquely creative, but avoid a cultural faux pas. It’s a bit like mixing experience with youth on the football field.

There is often a generalisation that Gen Z know everything about online marketing because they have been brought up with social media (literally) at their fingertips. Although this might be true in some cases, employers have indicated that there is a soft skills gap rising. Skills such as critical thinking, how to behave professionally and and a strong work ethic can sometimes be lacking in the younger workforce.

It’s crucial to have age diversity within marketing teams to pass down the essential skills that can be lost or forgotten because of the rapid development of new technologies.

Millennials, Gen X and Gen Z all have different values, some are shared some are contrasting. Each person has a different voice. Utilising these different voices is essential and, if managed correctly, will pay dividends by leaving you with a well rounded marketing team.

Marketing is uniquely positioned to shape how people think and can create positive change in culture. Including diversity within your marketing teams is not only an opportunity to do the right thing by being culturally sensitive and helping to level the playing field among our growing population. But doing so means you may well increase your chances of being successful and creating a brand that is loved.

At DigitalGrads we believe in levelling the playing field and giving all young people equal chance of getting the best jobs, that is why we offer our training free of charge to any graduate regardless of grade, university, background or anything else.

If you're ready to get started head over to our hiring platform and check out our talent pool who are ready and raring to go!

Find your next junior >>